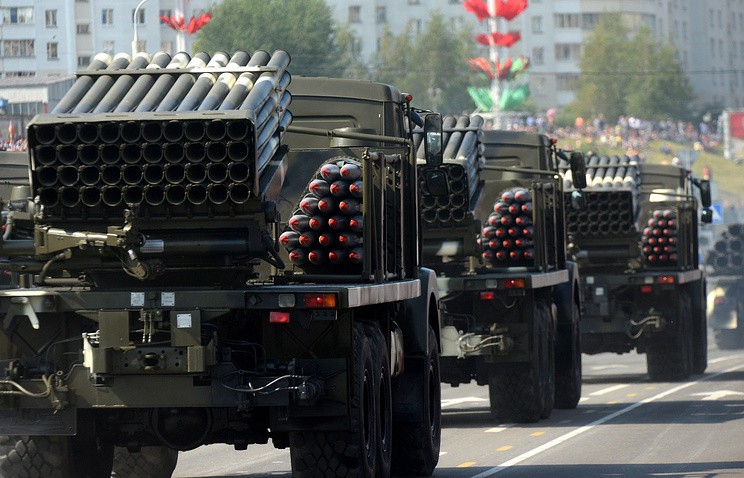 Russia and Belarus have signed over 20 contracts on the delivery and upgrade of military hardware while another several dozens of agreements are at the stage of approval, Belarusian Defense Minister Lieutenant-General Andrei Ravkov said on Wednesday.

"In 2016 alone, we have already signed over 20 contracts for the delivery and upgrade of military hardware. Several dozen more contracts are at the stage of approval or drafting," he said at a joint board session of the Russian and Belarusian defense ministries. Arms deliveries are made on preferential terms, he added.

"I can’t but note cooperation in the military and technical sphere, which is developing dynamically. Russia is our basic partner in the delivery of military products, as well as the repairs and upgrade of armaments and combat hardware," the defense minister said. Over the past 18 years, military educational establishments of the Russian Defense Ministry have trained 1,273 Belarusian servicemen and another 383 are undergoing training at present, he added.

According to the Belarusian defense minister, both countries have a lot of other spheres of military cooperation, in which considerable results have been achieved, which has made it possible over many years to characterize interaction of the defense ministries as a benchmark for other ministries and departments of the Russia-Belarus Union State.