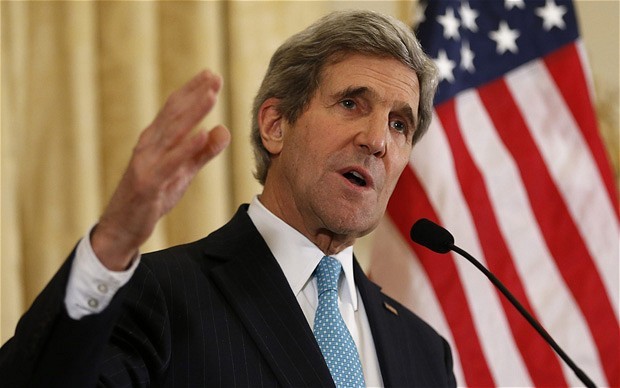 The Secretary of State noted that US puts efforts into improvement of security and stability in Europe and in other regions of the world.

J. Kerry underlined participation in campaign against ISIL, US reaction to problem in Western Africa and improvement of relations with Cuba.

"And so all over the world. When you say people lean towards Russia. What Russia does? What they do for human rights? Let’s take Ukraine, violation of international regulations?! US does much favor for other countries helping them to cope with crisis, establish peace and stability", J. Kerry stated.

Commenting on US strategy related to conflict in Mid-East, Secretary of State noted that the main objective is to gather all parties around a table for negotiations. He noted that US is interested in peace and eradication of terrorist attack in the region: "It is important that the leaders seat around table and decide what to do. We are ready to work on this, and that’s what US is doing at present. We do it in Libya, Yemen, Iraq, Syria, Afghanistan, Ukraine", J. Kerry noted.