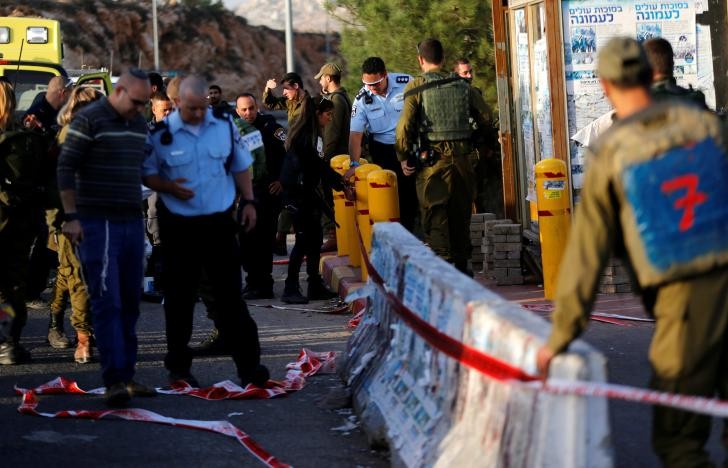 Israeli troops shot dead a Palestinian who tried to stab a soldier near a settlement in the occupied West Bank on Thursday, the military said.

The soldier was attacked as he guarded a bus stop near Ofra, the force said. "Responding to threat, forces at the scene shot the assailant, resulting in his death," it added.

Over the past year, Palestinians, many acting alone and often using rudimentary weapons and cars, have killed at least 35 Israelis and two visiting Americans in similar attacks.

During the same period, at least 226 Palestinians have died in violent incidents in the West Bank, East Jerusalem and the Gaza Strip. Of those, Israel has identified 154 as assailants, while others were killed during clashes and protests.

Palestinians have accused Israeli police and soldiers of using excessive force in many such cases. Israel has opened investigations of several incidents.

Palestinian leaders say the assailants are acting out of desperation over the collapse in 2014 of peace talks and the expansion of Israeli settlements on occupied land that Palestinians seek for an independent state.