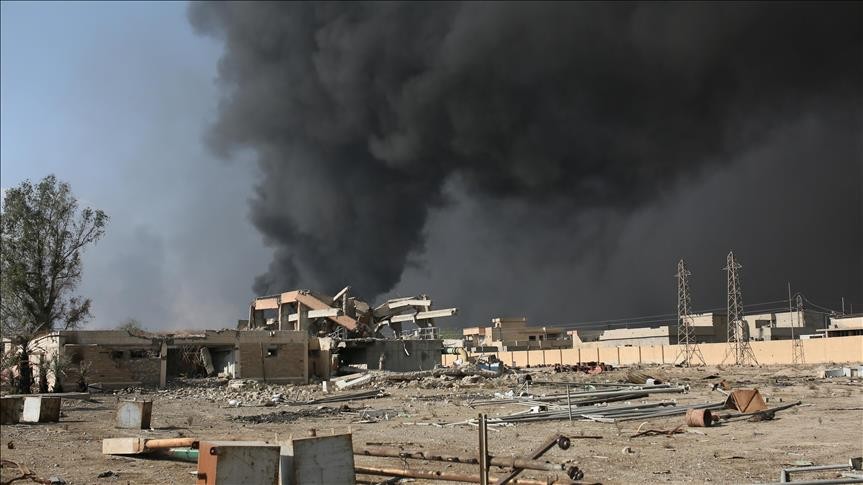 At least 23 people were killed in two suicide bombings in northern Iraq on Sunday, according to Iraqi officials.

A bomber blew up a vehicle packed with explosives at a security checkpoint in Tikrit city, killing 13 people and injuring 31 others at the city’s southern entrance, local official Munir Hussein told Anadolu Agency.

He said a senior police officer was among those killed in the attack.

Another suicide bombing struck a car park in the city of Samarra, a holy site for Shia pilgrims.

"At least ten people were killed and 27 others injured in the attack," captain Saad Mohamed of the Saladin Operations Command said.

He said a number of Iranian pilgrims were among the casualties.

Mohamed said security forces have declared a curfew across Samarra in anticipation of further attacks.

No group has yet claimed responsibility for the attacks.

Sunday’s bombings came amid a wide-scale offensive aimed at ousting the Daesh terrorist group from the northern city of Mosul.

In mid-2014, Daesh captured Mosul, Iraq’s second-largest city, before overrunning vast swathes of territory in the country’s north and west.

Recent months have seen the Iraqi army, backed by local allies on the ground and the U.S.-led air coalition, retake much territory.

According to the International Organization for Migration (IOM), more than 22,000 people have been displaced since the beginning of the Mosul offensive.