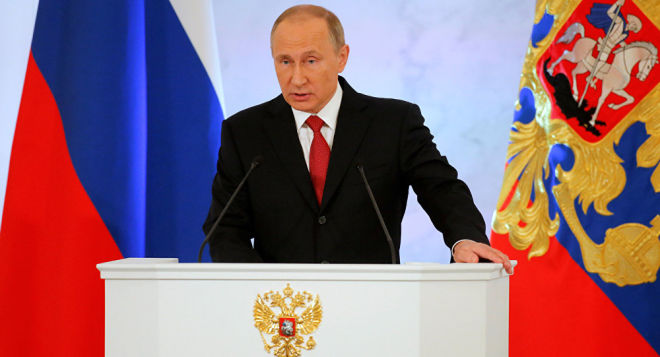 An honest assessment of the 1917 October Revolution is necessary in view of its upcoming 100th anniversary, Russian President Vladimir Putin said in his key annual address to the Federal Assembly.

"We all know what consequences the so-called great upheavals usually have. Unfortunately, our country had to face many such upheavals in the past century. 2017 will mark the 100th anniversary of the February Revolution and the October Revolution. On this occasion we could once again asses the causes and the essence of Russian revolutions. Not only historians, but the entire Russian society needs an honest, deep assessment of those events," the president said.