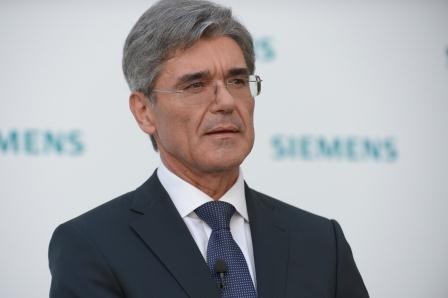 German industrial group Siemens (SIEGn.DE) sees an opportunity to profit from increased infrastructure investment in the United States following the surprise victory of Donald Trump in the presidential election, its chief executive said on Thursday.

"Give him a chance, let's see what we can do together and take the positive out of it," Joe Kaeser said in an interview on Bloomberg TV.

Trains-to-turbines group Siemens employs 50,000 people and makes $22 billion in revenues in the United States, its single biggest market, accounting for a quarter of its total sales.

Kaeser added that he was unconcerned by Trump's plans to focus on fossil fuel-based energy sources at the likely expense of solar, wind and other forms of renewable energy, saying Siemens' strategy did not depend on government subsidies.

Siemens is merging its wind-power business with that of Spain's Gamesa (GAM.MC) to create the world's biggest maker of wind farms.