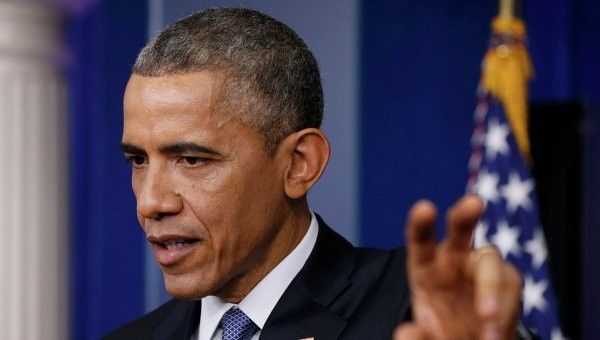 American intelligence agencies have concluded with "high confidence" that Russia acted covertly in the latter stages of the presidential campaign to harm Hillary Clinton's chances and promote Donald J. Trump, according to senior administration officials.

They based that conclusion, in part, on another finding — which they say was also reached with high confidence — that the Russians hacked the Republican National Committee's computer systems in addition to their attacks on Democratic organizations, but did not release whatever information they gleaned from the Republican networks.

In the months before the election, it was largely documents from Democratic Party systems that were leaked to the public. Intelligence agencies have concluded that the Russians gave the Democrats' documents to WikiLeaks.

In this photo taken on Thursday, Dec. 8, 2016, the Washington Capitol is seen at sunset as snow falls in Olympia, Wash. Snow fell across the Pacific Northwest as the first winter storm of the season hit the region. Snow, freezing rain hits Northwest Texas deputy who died in sinkhole fondly remembered 9 suburban Dallas officers fired over false reports Court overturns theft convictions of ex-owner of mortuary In a Thursday, Nov. 8, 2016 photo provided by Brooks Onishi, Hawaiian Airlines flight attendant Lehua Beltrame-Tevaga greets passenger Ray Richmond during a flight from Honolulu to San Diego. She danced a hula to honor him as a survivor of the Pearl Harbor attack. Richmond was returning to San Diego after attending a ceremony marking the 75th anniversary of the Japan attack. Pearl Harbor veteran honored with inflight hula, song
Mr. Trump's transition office issued a statement Friday evening reflecting the deep divisions that emerged between his campaign and the intelligence agencies over Russian meddling in the election. "These are the same people that said Saddam Hussein had weapons of mass destruction," the statement said. "The election ended a long time ago in one of the biggest Electoral College victories in history. It's now time to move on and 'Make America Great Again.'"

One senior government official, who had been briefed on an F.B.I. investigation into the matter, said that while there were attempts to penetrate the Republican committee's systems, they were not successful.

But the intelligence agencies' conclusions that the hacking efforts were successful, which have been presented to President Obama and other senior officials, add a complex wrinkle to the question of what the Kremlin's evolving objectives were in intervening in the American presidential election.

"We now have high confidence that they hacked the D.N.C. and the R.N.C., and conspicuously released no documents" from the Republican organization, one senior administration official said, referring to the Russians.

It is unclear how many files were stolen from the Republican committee; in some cases, investigators never get a clear picture. It is also far from clear that Russia's original intent was to support Mr. Trump, and many intelligence officials — and former officials in Mrs. Clinton's campaign — believe that the primary motive of the Russians was to simply disrupt the campaign and undercut confidence in the integrity of the vote.