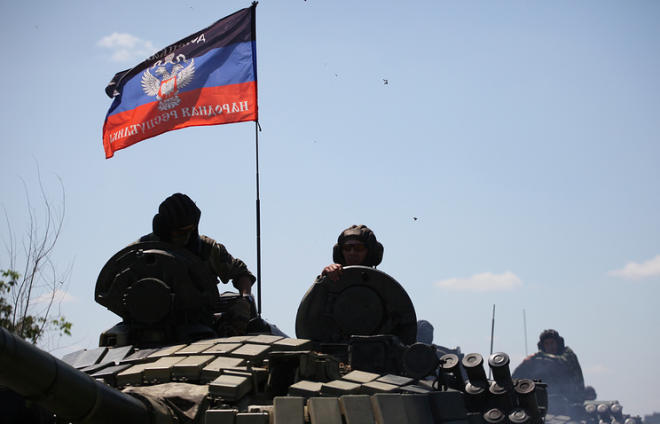 The Ukrainian side at the Joint Coordination Center for Ceasefire Monitoring confirmed ceasefire is observed along the line of engagement in Donbass, head of the Ukrainian delegation Anatoly Petrenko said on Saturday.

"As of morning December 24, the Ukrainian side at the Center confirms the overwhelming, stable and termless ceasefire beginning from 00:00 December 24, 2016. Ceasefire is along the entire line of engagement," press service of the punitive operation in Donbass wrote on Facebook.

The Lugansk militia also confirmed ceasefire along the line of engagement. The Donetsk People’s Republic (DPR) defense authority has not published a report yet.

Russian President Vladimir Putin hailed an agreement to introduce a "regime of silence" along the contact line in southeast Ukraine on December 24, Kremlin spokesman Dmitry Peskov said on Friday.

"Russia’s president hails the Contact Group’s agreement to declare a ‘regime of silence’ along the engagement line in southeast Ukraine, starting from midnight December 24," Peskov said.

On December 21, the Contact Group seeking to find a solution to the Donbass crisis agreed to introduce a ceasefire in Donbass starting from midnight December 24. The current attempt to "indefinitely" cease the fire in Donbass has become the tenth since the conflict erupted in southeastern Ukraine.

The Package of Measures to fulfil the September 2014 Minsk agreements, known as Minsk-2, that was signed in Minsk on February 12, 2015, envisaged a ceasefire regime between Ukrainian government forces and people’s militias in the self-proclaimed republics in Donetsk and Lugansk (DPR and LPR) starting from February 15, 2015 and a subsequent withdrawal of heavy weapons from the line of engagement. The deal also laid out a roadmap for a lasting settlement in Ukraine, including local elections and constitutional reform to give more autonomy to the war-torn eastern regions.