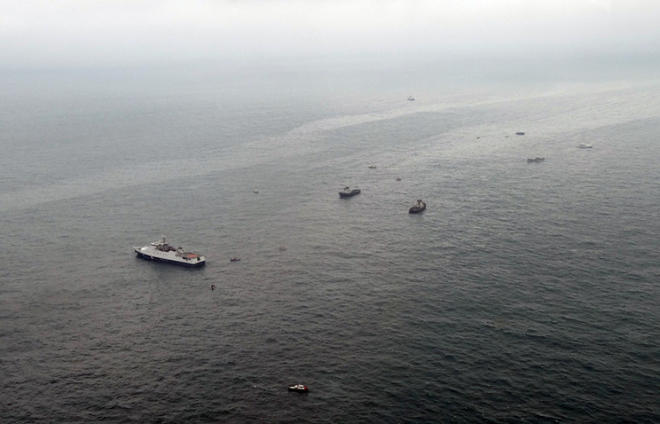 According to the source, more than 30 vessels are currently involved in the search and rescue operation.

Axar.az reports that, the search and rescue services have identified the projected point of impact by the Defense Ministry’s Tu-154 on the surface of the Black Sea, a source in the emergency response center informed TASS on Monday.

"The projected site of the collision has been established, large parts of the aircraft’s fuselage may be located there," the source said.

According to the source, this place is located in the Black Sea some six kilometers from the runway.

He noted that more than 30 vessels are currently involved in the search and rescue operation. The area being combed over in great detail has divided into sections, with high-tech equipment being used to examine the topography of the surface and the seabed at the crash site.
Part of the remains of those killed in the Tu-154 crash may be beyond the border with neighboring countries, Russian Transport Minister Maxim Sokolov, who leads the government commission probing into the crash, said on Monday.

The Russian Defense Ministry said that fragments from the Tu-154 disaster had been discovered some 1.5 kilometers off the coast of Sochi at depths of 50-70 meters. Eleven bodies have been found so far, no one has survived. A large-scale search and rescue operation is currently underway.