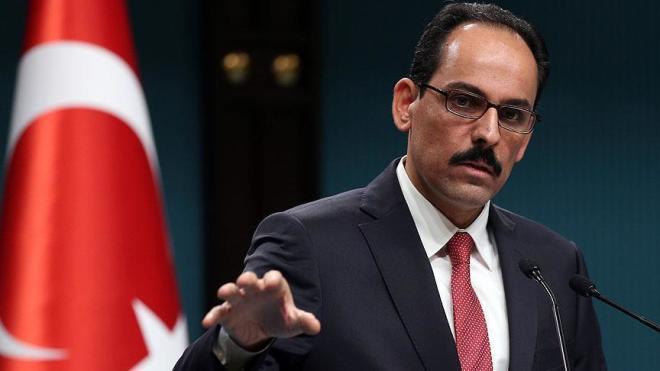 The number of evacuees from Aleppo, Syria to the opposition-held city of Idlib over the last three weeks has reached 44,000 as a result of Turkey's intense diplomatic efforts, Turkey’s presidential spokesman said Monday.

"Currently, every step is being taken to provide basic humanitarian aid to” the Aleppans, presidential spokesman Ibrahim Kalin told a press briefing.

He added that 200 of the evacuees have been brought to Turkey for medical treatment.

Kalin said evacuations are continuing amid harsh winter weather and despite some militias’ efforts to thwart it. He added that other countries are not doing enough to support Turkey while the operations continue against Is in Azaz-Jarabulus, Dabiq, and Al-Bab, Syria.

Turkish aid agencies, including Kizilay and the Disaster and Emergency Management Presidency (AFAD), are providing humanitarian aid as well as making efforts to establish a 10,000-person camp for the evacuees in Idlib, he said.

"However, we don't consider this enough," he said. "Our diplomatic engagements with sides continue in order to expand the cease-fire in eastern Aleppo to the whole region."