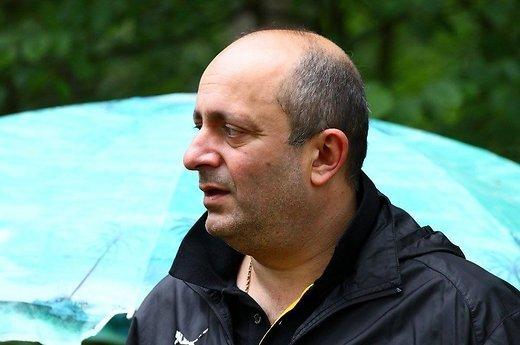 The Lithuanian Prosecutor’s Office on Tuesday rejected Russia’s request to extradite Zurab Maisuradze, former leader of Georgia’s anti-terrorism center, who is suspected by Moscow of being involved in terrorist activity, saying that Kremlin seeks his extradition for political reasons, a prosecutor’s statement said.

Axar.az reports that, Maisuradze was detained at a Vilnius airport on December 2, 2016, because of a warrant, issued by global police agency Interpol at Russia’s request, according to the Lithuanian Foreign Ministry. A document check showed that he was wanted internationally due to suspicions of crimes linked to terrorism.

The statement added that, according to Lithuania’s criminal code, the country can refuse to extradite its citizen or foreign national if they are prosecuted for political crimes.

The conclusion is yet to be approved by a Vilnius court, according to the statement. On December 4, a Vilnius court approved the Prosecutor’s Office request to detain Maisuradze for 10 days. He was released on bail on December 7 as the Lithuanian Foreign ministry said it had no proof of Maisuradze’s involvement in terrorist activity.