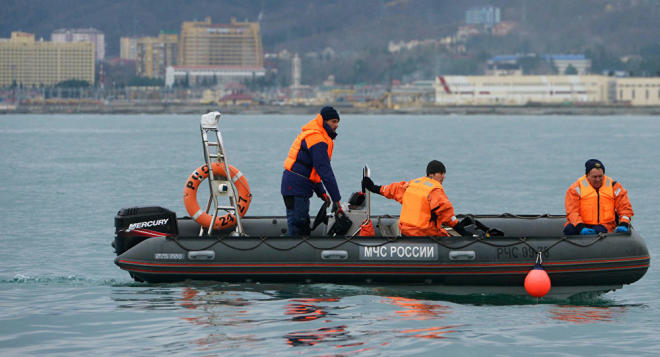 In late December, Russia's Tu-154 passenger plane crashed in the Black Sea. None of the 92 people aboard survived.

"In the Black Sea, rescuers from the South regional Emergencies Ministry search and rescue unit and divers continue the scheduled work. We have organized constant cooperation with our colleagues in the Defense Ministry… It will continue as long as needed," Puchkov told.

On December 25, 2016, the Russian Defense Ministry's Tu-154 plane heading from Moscow to Syria crashed shortly after refueling and take-off from the Russian southern city of Adler, near Sochi.

The plane was carrying 92 people, including eight crew members, 64 musicians of the Alexandrov Ensemble, nine reporters, head of Spravedlivaya Pomoshch (Fair Aid) charity Elizaveta Glinka, and two federal civil servants. None of them survived the crash.