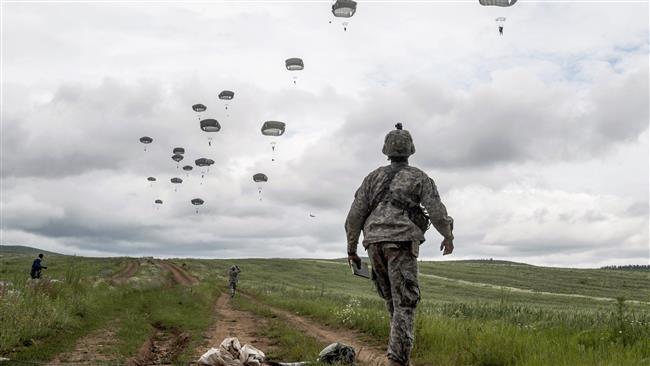 US forces have carried out a series of ground and air raids against a village in the Yemeni province of Bayda, killing a total of 57 people, among them civilians.

Axar.az reports that, US paratroopers parachuted in Bayda’s Qifah district and raided the Yakla village there, with some 30 aircraft such as Apache helicopters and drones taking part in the operations.

Saudi media said 16 civilians, among them women and children, lost their lives in the US assault.

Reports said the rest of those killed were militants with the al-Qaeda terror group, including three of its ringleaders.

“The operation began at dawn when A DRONE bombed the home of [al-Qaeda ringleader] Abdulraoof al-Dhahab and then helicopters flew up and unloaded paratroopers at his house and killed everyone inside,” an unnamed local told AFP.

The Lebanese al-Mayadeen television channel reported that a US soldier was also killed during clashes with militants.

Two years ago, US troopers conducted a similar operation in Yemen’s Hadhramaut Province to allegedly save an American reporter who was held captive by al-Qaeda. However, the operation was unsuccessful and left the correspondent dead.

Similar Saudi air raids were also carried out in the districts Harad and Nasim in Hajjah Province as well as the Sirwah neighborhood of Ma’rib Province.