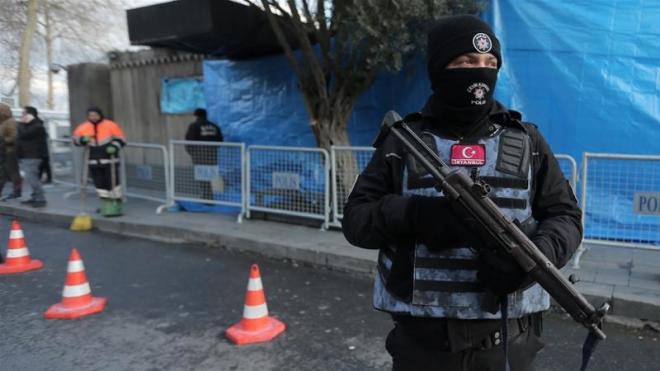 Turkish police have detained hundreds of suspected ISIL members in nationwide raids, according to state media, in the largest operations in the country to target the armed group.

Axar.az reports that, about 820 suspects, most of them foreign nationals, were arrested in at least 29 provinces, including capital Ankara and southeastern provinces, state-run Anadolu news agency reported.

"This is the largest coordinated and simultaneous raids that Turkey has taken out on what it says are 'suspected members of ISIL' across the country," Stefanie Dekker said.

She added that the operation signalled Turkey's clear intentions to give a "message that it is clamping down" on the armed group.

"Turkey has suffered multiple attacks either claimed by ISIL or inspired by it," Dekker said.

The Turkish government holds ISIL, which stands for the Islamic State of Iraq and the Levant, and is also known as ISIS, responsible for several attacks in Turkey.

Most recently, ISIL claimed responsibility for a New Year's Eve attack on the Reina nightclub in Istanbul in which 39 people were killed.