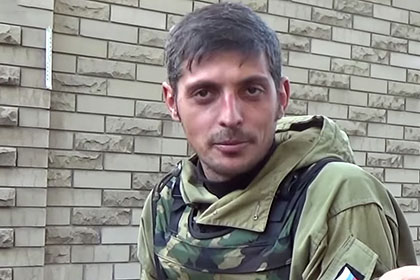 So-called commander of the "Somali" battalion of the self-proclaimed "Donetsk People's Republic" ("DPR") Mikhail Tolstykh, nom-de-guerre Givi, is reported to have been eliminated in the occupied city of Donetsk, according to militant resources.

They cite the "operational command" of the "DPR," which reported that it had happened "as a result of a terrorist attack." "At 06:12 on Wednesday, as a result of a terrorist act, the commander of the 'Somali' battalion, Colonel Mikhail Tolstykh, aka Givi, was killed," the report said. Read also "DPR" warlord Motorola killed in Donetsk, terrorist leader blames Kyiv Currently, an "investigation team" is working on the scene.

Former "Defense Minister" of the "DPR" Igor Girkin, nom de guerre Strelkov, claims Givi's office in Donetsk was blown up. "Supposedly, Givi's office was blown up together with the owner. Presumably, it was hit by a shell of the RPO-A Shmel [man-portable rocket launcher]," Strelkov wrote on his page in the Russian social media website, VKontakte.