Russia open to dialogue with US on Ukrainian Crisis 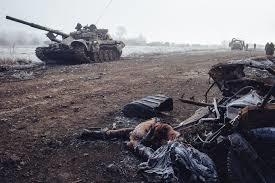 Moscow has never abandoned dialogue with Washington concerning the situation in Ukraine, according Russia's envoy to the EU.

Axar.az reports that, Russia is not avoiding dialogue with the United States on the situation in Ukraine, Russian envoy to EU Vladimir Chizhov said Thursday.

"As for Russia, we have never abandoned and we are not abandoning the dialogue with the Americans on the situation in Ukraine…we'll see what is going to happen in the future," Chizhov said in an interview with Rossiya-24 television.

France and Germany have reservations about letting the United State join the Normandy Four group on Ukrainian reconciliation, Chizhov said.

"The calls to expand the Normandy Four format by allowing some European countries [the UK and Poland], as well as the US, to join is not a new trend," he said.

"Berlin and Paris have always had reservations in that respect…well, we will see what's going to happen," Chizhov added.

Since 2014, relations between Russia and the European Union and the United States, deteriorated amid the crisis in Ukraine. Brussels, Washington and their allies introduced several rounds of sanctions against Russia on the pretext of its alleged involvement in the Ukrainian conflict, which Moscow has repeatedly denied. In response to the restrictive measures, Russia has imposed a food embargo on some products originating in countries that have targeted it with sanctions.