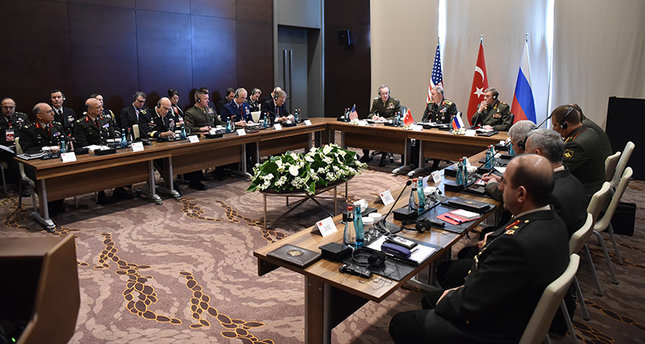 A statement released by the Turkish Armed Forces (TSK) said that security issues mainly related to the developments in Syria and Iraq were being discussed in the meeting.

The meeting of three generals came at a time when options on an operation on Daesh terror group's de-facto capital Raqqa in Syria are being discussed.

Another contentious issue in the status of northern Syrian town of Manbij, where Turkey expects the YPG-dominated Syrian Democratic Forces (SDF), the main partner of the U.S. on the ground in Syria, to retreat due its ties with the PKK terror group. A takeover in the area by Assad regime, which is supported by Russia, was also voiced by Russian officials in past couple of days.