Netanyahu seeks deal with Trump to move ahead 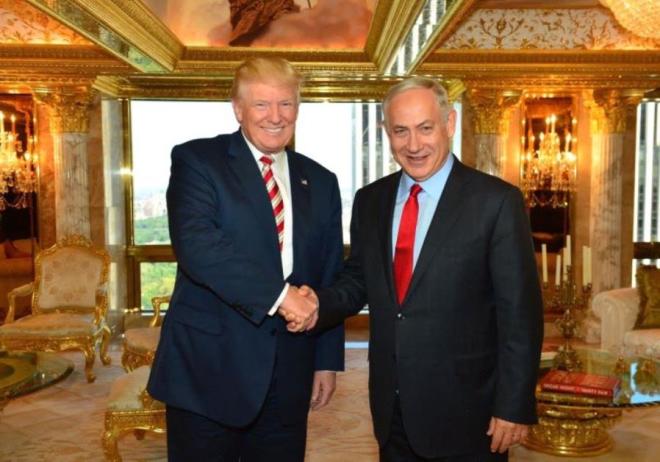 Israeli Prime Minister Benjamin Netanyahu said Thursday he was in discussions with Donald Trump's administration on ways to move ahead with settlement construction ahead of fresh talks with a top adviser to the U.S. president.

Axar.az reports that Netanyahu also reiterated he intended to build a new "community" for residents of a wildcat Jewish outpost in the occupied West Bank known as Amona, which was evacuated under court order in February.

An Israeli government-sanctioned settlement would be the first official new settlement in more than 20 years and would surely draw intense international criticism.

Construction in recent years has involved expanding existing settlements in the West Bank, with many countries warning it is gradually eating away at any chance of a two-state solution with the Palestinians.

"This afternoon I will meet again with President Trump's envoy, Jason Greenblatt," Netanyahu told ministers at the start of a cabinet meeting in remarks relayed by his office.

"We are in the midst of a process of dialogue with the White House and our intention is to reach an agreed-upon policy regarding settlement construction," Netanyahu said. "Agreed-upon for us, of course, not just for the American side.

"Naturally, this will be good for the state of Israel, since we have not been in these processes for many years," Netanyahu said.