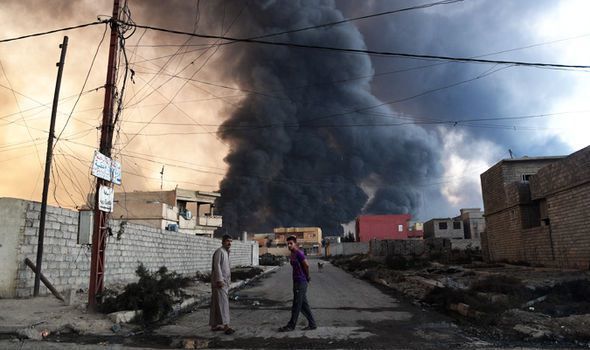 At least 27 civilians were killed in U.S.-led coalition airstrikes and a roadside bomb in western Mosul, where Iraqi forces are battling to oust Daesh militants from the area, according to an Iraqi activist.

“The victims are still buried under rubble as [civil defense teams] are unable to extract them due to the ferocity of battles between government forces and Daesh militants,” he said.

Abad said the incident took place as coalition warplanes were trying to shoot down a Daesh sniper on the roof of a house.

The U.S.-led coalition has yet to comment on the report.

Meanwhile, five civilians were killed when a roadside bomb exploded in western Mosul, according to Rapid Response Officer Abdullah al-Alaf.

He said the bombing took place as scores of civilians were trying to flee western Mosul to the army-captured areas in the city.

“Fifteen other civilians, mostly women, were injured in the explosion,” he said.

The offensive is part of a wider campaign launched last October to retake the entire city, which Daesh overran in mid-2014.