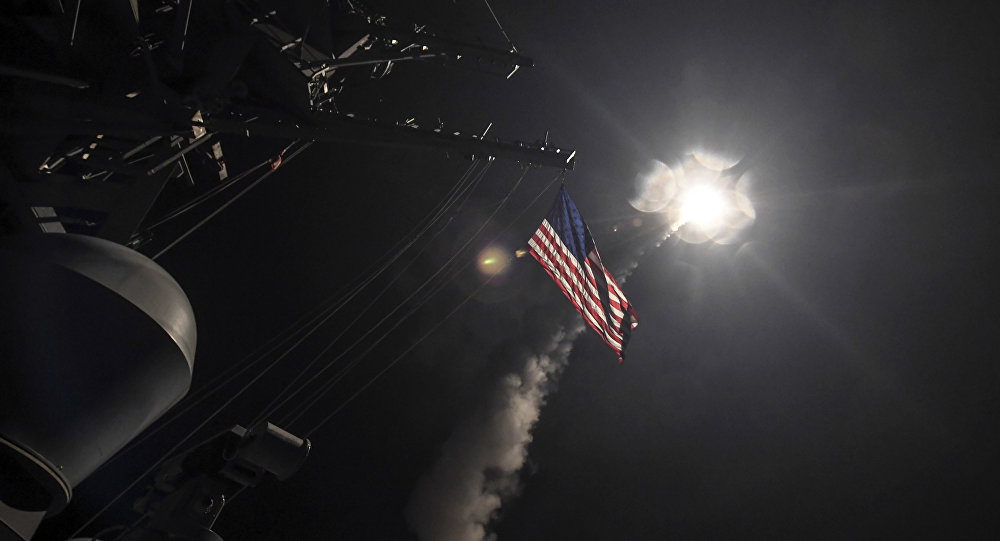 The Russian Defense Ministry said that the US missile attack on a Syrian airbase had been prepared long ago.

On Thursday night, the United States launched 59 Tomahawk cruise missiles at the Syrian military airfield in Ash Sha’irat, located about 40 kilometers (25 miles) from the city of Homs. US President Donald Trump said the attack was a response to the alleged chemical weapon use in Syria's Idlib on Tuesday, which Washington blames on the Syrian government.

Russia described the attack as an aggression against a sovereign state.

Following the US military action, Russia decided to suspend its memorandum of understanding on air safety over Syria with the United States, according to the Russian Foreign Ministry.