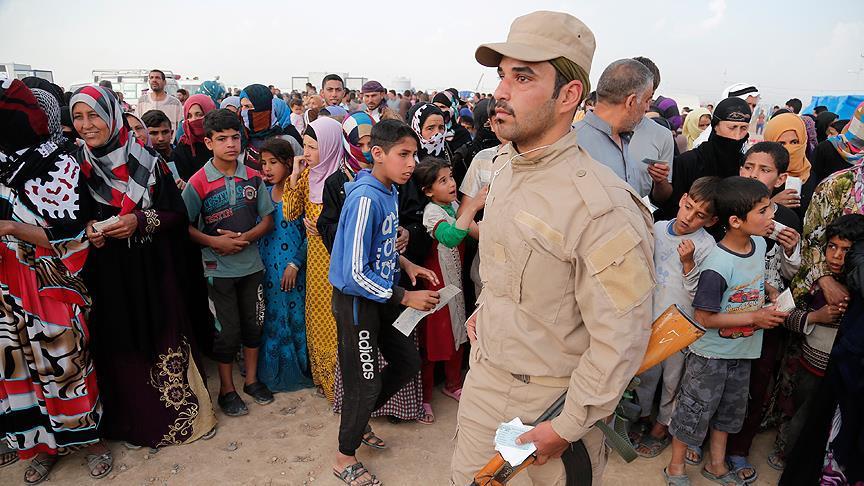 The number of civilians forced to flee Daesh-held western Mosul since February - when an army offensive began to liberate the city - now stands at more than 526,000, an Iraqi official said Friday, Anadolu Agency reports.

“Most of the displaced have sought refuge in government-run camps in the city’s [army-held] southern, western and eastern quarters," Jassem Mohamed al-Jaf, Iraq’s minister of displacement and migration, said in a statement.

“The number of those who have managed to return to [recently-recaptured] eastern Mosul, meanwhile, now stands at 176,000,” he added.

Ahmed al-Jarba, an MP for Iraq’s northern Nineveh province, told Anadolu Agency that the ability of displaced people to return to their homes “suggests that the security situation in eastern Mosul has improved”.

He went on to assert that the city’s eventual reconstruction would require “years of joint governmental and international efforts”.

He added: “The most pressing issue right now, however, is to ensure that those who have opted to return are being provided with basic necessities."

In March, U.K.-based charity Oxfam said that humanitarian conditions in western Mosul had deteriorated sharply since the city’s supply routes were cut last November when the Iraqi army retook the city’s eastern half.

The offensive came as part of a wider campaign launched last October to retake the entire city, which Daesh overran - along with other parts of the country - in mid-2014.