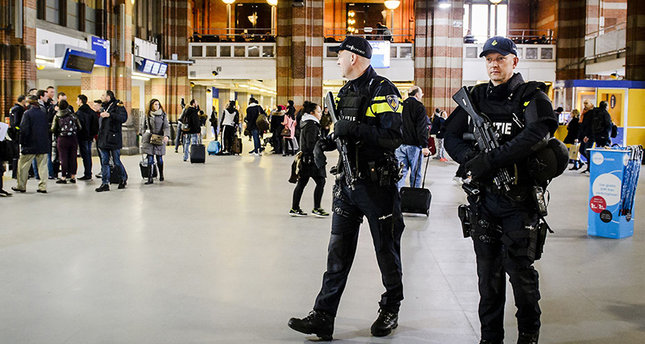 At least six major political parties are against plans from Commissioner Pieter-Jaap Aalbersberg to introduce Islamic headscarves to women's uniforms as part of a recruitment drive to diversify law enforcement in the Dutch capital.

Aalbersberg on Thursday said he wanted to boost multiculturalism among Amsterdam's police, saying he wanted at least half of all new recruits in the tourist hotspot to come from a non-Dutch background.

"Amsterdam's population is changing in terms of its make-up. It has to be debated," he told the daily tabloid Algemeen Dagblad in an interview.

Aalbersberg said 52 percent of Amsterdam's residents were from a non-Dutch background, but that was not reflected in the composition of the city's police force, in which only 18 percent of officers have more diverse roots.

Major political parties however including the Liberal VVD party -- which won the most seats during March elections -- the progressive D66 and left-wing Socialist Party are against the idea, the daily tabloid De Telegraaf said.

Dutch police in 2011 adopted a code of conduct that bars the wearing of any religious symbols "as it does not fit in with the neutrality of the police."

"It's important for a police officer to project an image of neutrality for his or her authority and safety," outgoing Safety and Justice Ministry Stef Blok told the paper.

"We support a drive towards more diversity, but allowing headscarves is not the right way to do it," added VVD parliamentarian Ockje Tellegen.

"It's not true that heaps of women rule out a career in the police just because they're not allowed to wear headscarves," she said.

"Amsterdam cannot decide to do things differently. The same police uniform is worn across the country," he said.

The papers pointed out that headscarves are worn by Muslim policewomen in many countries including Australia, Britain, Canada and in some parts of the United States.