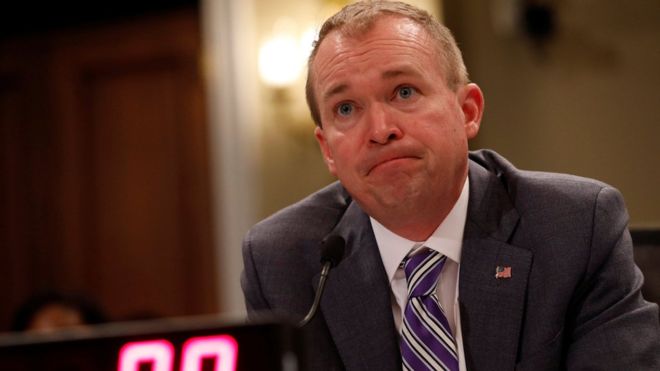 Mr Summers, also formerly chief economist of the World Bank, was one of the first to spot the apparent mistake.

"It appears to be the most egregious accounting error in a presidential budget in the nearly 40 years I have been tracking them," he wrote on his blog.

He said the spending plan was "simply ludicrous".

The budget forecasts about $2tr in extra federal revenue growth over the next 10 years, which it uses to pay for Mr Trump's "biggest tax cut in history".

But that very same $2tr is then used to reduce the budget deficit.

"My observation is that there appears to be a logical error of the kind that would justify failing a student in an introductory economics course," Mr Summers wrote.

A prominent conservative economist agreed there was a discrepancy.