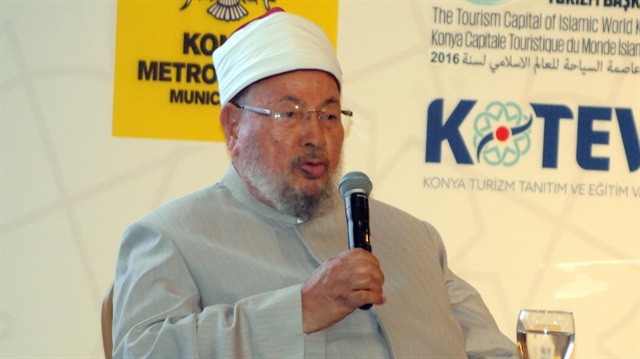 Saudi Arabian education minister Sunday urged the removal of the books by the chairman International Union of Muslim Scholars from education areas.

The statement issued by Saudi Arabian Education Ministry under the signature of minister Ahmed Bin Mohammed Al-Issa said all books by Yousef al-Qaradawi, the chairman of the International Union of Muslim Scholars, should “immediately” be pulled off from schools, universities and libraries.

The publication of the so called books were also banned from now on, the statement added.

Late on Thursday, a joint statement by Saudi Arabia, Bahrain, Egypt and the UAE accused 59 individuals and 12 charity organizations in Qatar of being “linked to terror”. The list included al-Qaradawi, and Abdullah bin Khalid, a former interior minister of Qatar.

Qatar hit back on Friday in a Foreign Ministry statement which described the accusations as “baseless” and “slanderous”.