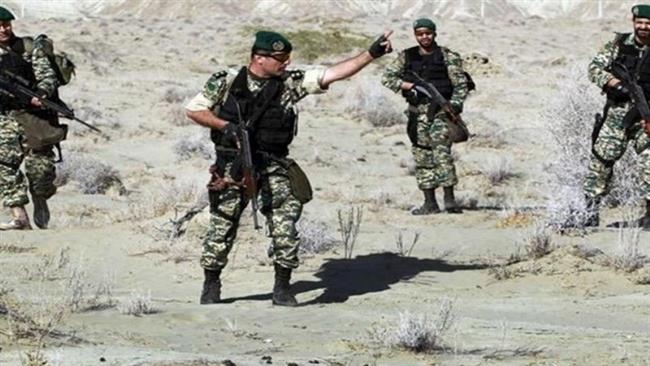 Iranian security forces have killed two terrorists and arrested five others in the southeast of the country.

They also arrested five other terrorists, including two nationals from a neighboring country, he said, adding that a member of Intelligence Ministry forces lost his life.

Alavi further said that a terrorist group was also busted in Kordestan province on Wednesday.

Meanwhile, an informed source told IRNA that the terrorists belonged to the so-called Ansar al-Furqan group, and that a terrorist sustained injuries during the clashes in Chabahar.

A number of explosive vests and some explosives and ammunitions were also seized from the terrorists, the source was quoted as saying.

This came in the wake of last week’s terror attacks in the Iranian capital Tehran, which killed 17 people and injured over 50 others.

The casualties happened last Wednesday when gunmen mounted almost simultaneous assaults on Iran’s parliament and the Mausoleum of the late Founder of the Islamic Republic Imam Khomeini. The Daesh Takfiri terrorist group claimed responsibility for the assaults.

Iran has arrested dozens of terrorists since the Tehran attacks.