Carla Bruni: Trump made up claims they had an affair 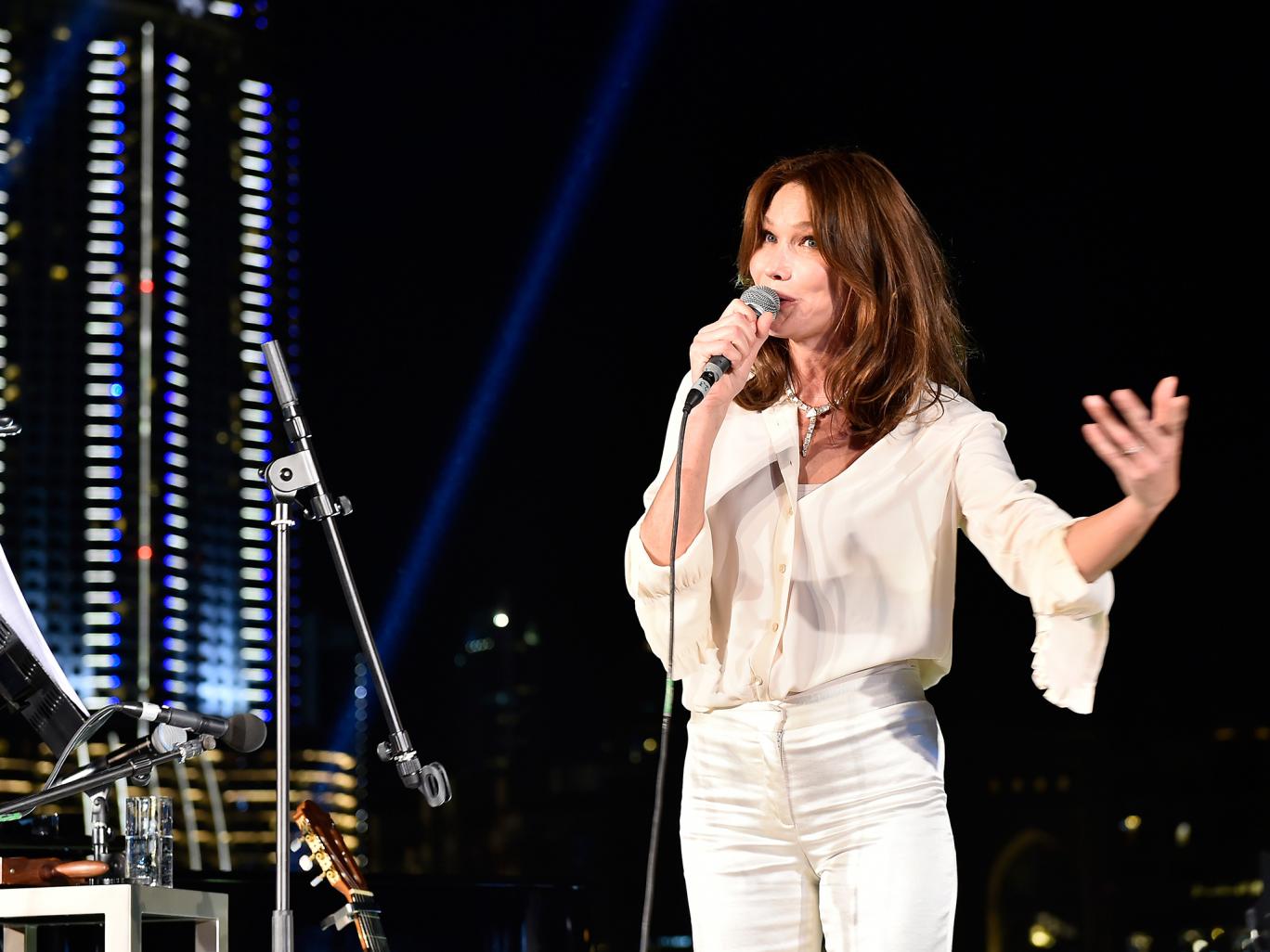 Carla Bruni has yet again rebuffed rumours she had an affair with Donald Trump in the early nineties which caused him to break up with his second wife.

The former First Lady of France, who is married to Nicolas Sarkozy, argued President Trump had wholly fabricated claims the pair had an affair.

Ms Bruni dominated headlines in 1991 after a photo of Mr Trump and Marla Maples was splashed on the front page of the New York Post alongside the headline “It’s Over”. The story itself alleged Mr Trump was leaving Maples, his then girlfriend, for Ms Bruni and speculation was further heightened after Mr Trump was said to have confirmed the rumour to the press himself a day later.

Ms Bruni vociferously denied reports at the time and insisted she had never spent any time on her own with the billionaire property magnate.

The Italian-French former model has again dismissed rumours in an interview with the Daily Beast, saying: “Actually, the whole situation was very vague and just did not exist. So I was very surprised when he went to the press.”

When pressed about how it feels to have the alleged affair pop up as one of the first entries when her name is searched on Google, she replied sternly, saying: “That’s because it was a lie."

"Maybe it’s American Google because if it’s French Google, other things come up - mostly my man, my work, my younger pictures. But I’m glad there’s not much about my children. I’ve been able to protect them.”

During Mr Trump’s campaign to be President, the Washington Post unearthed the fact the former reality TV star masqueraded as his own publicist and would call tabloids under the pseudonyms “John Miller” and “John Barron" and plant make-believe stories about various A-list women he purported to be dating such as Ms Bruni herself, Kim Basinger and Madonna.

“Ah, I heard about that!” she said of the reports. "There’s not much I can say. What I can say is that I think democracy is better than dictatorships, and democracy is about elections. So… we respect democracy.”

After rumours of the alleged relationship emerged, Mr Trump is said to have pretended to be his pretend publicist “John Miller” and confirmed everything in detail. Maples later identified the voice of his faux PR person as belonging to Mr Trump.

Shortly after she married Mr Sarkozy in 2008, a nude photo of her taken by a French fashion photographer in 1993 was sold at auction and generated something of a tabloid storm. Last summer, Ms Trump wound up in a similar situation after the New York Post published nude photos of her which had been taken when the Slovenian native worked as a model.

“Menage a Trump,” ran a headline, boasting about the paper’s “exclusive photos”.

But Ms Bruni is adamant the circumstances were not quite the same, saying: “It was very different because I had quite a bit of fame from my modelling and my first album”.

She added: “I’m from France and Italy, so to me, making artistic naked pictures wasn’t a problem. I was not ashamed at all. And the picture was from when I was 20 years old, before I had children, so I thought, ‘Well, I look good.’ ”

“Plus, I don’t have that overly sexy body. I’ve always been very thin and sort of teenage-looking, so my nude pictures were never Playboy-ish. They were more artistic nudes made by great photographers.”

A representative for Mr Trump did not immediately respond to request for comment.