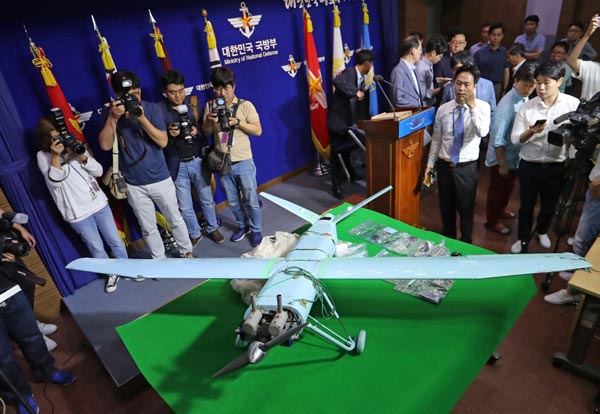 South Korea's military said on Wednesday a drone found earlier this month on a mountain near the Demilitarized Zone border was confirmed to have been from North Korea and described it as a "grave provocation" that violated the Korean War truce.

The drone crashed while returning to the North and was found equipped with a camera and aerial photographs of a U.S. anti-missile defense system site in a southern region of South Korea, South Korean officials told a briefing.