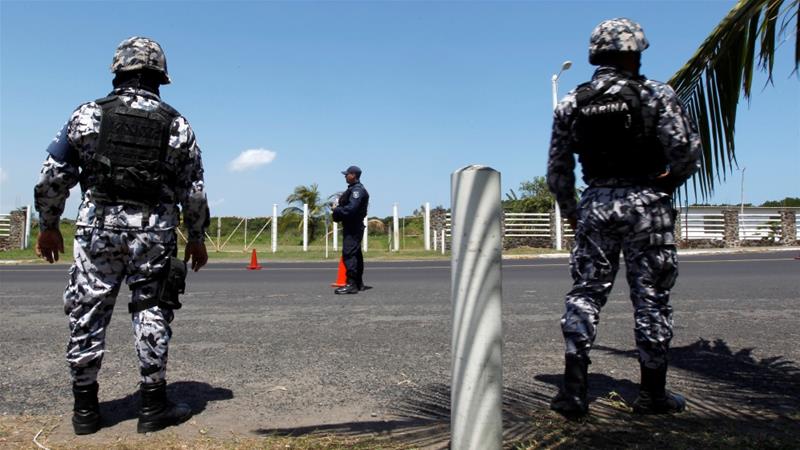 At least 11 people, including four children, have been killed in Mexico's Veracruz in the latest spurt of violence linked to criminal gangs.

Among Saturday's victims were a federal police commander and two agents, who were ambushed by armed men in the city of Cardel, in Veracruz, one of the country's most violence-ridden states.

"Organised crime has sparked a serious problem of violence in Veracruz," Miguel Angel Yunes, the Veracruz governor, said in a statement, calling Saturday's violence "an act of terrible barbarism".

In the nearby city of Coatzacoalcos, the dead included two adults and four children who died in a hail of bullets as they ate dinner at an outdoor restaurant.

Authorities said two women were fatally shot in the town of Orizaba, also in Veracruz.

Much of the violence is the result of turf battles between two rival drug trafficking gangs, the Zetas and Jalisco Nueva Generacion.

Mexico registered more than 2,000 murders in May, a record high for any month since 1997, underlining the country's struggles to deal with the trade in narcotics.

There were 2,186 murder investigations in May, according to the latest government statistics released on Wednesday, surpassing the previous monthly high of 2,131 in May 2011.

Some cases may include multiple homicides, and the number of murder victims reported in May was 2,452, the highest for any month in a separate series of data that only goes back to 2014.

The deadliest state was Guerrero, in the south, a hotspot in Mexico's war on drugs where 216 people were killed.

Murder investigations in the first five months of the year totalled 9,916 cases, up nearly 30 percent from the same period in 2016.

The violence surrounding the multibillion-dollar drug trade has contributed to a slump in the popularity of President Enrique Pena Nieto, and could undermine support for his Institutional Revolutionary Party in next year's presidential race.