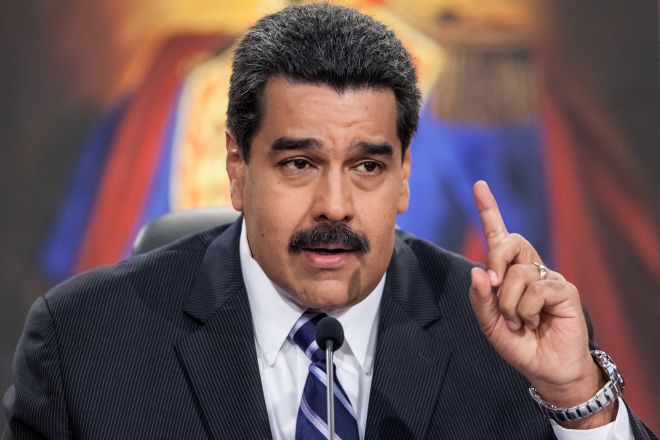 Venezuelan President Nicolas Maduro decided Thursday to postpone the launch of a legislative superbody by 24 hours amid reports of fraud.

“The Constituent is getting prepared for its installation [on Friday]. There is a good mood. I ask everyone for peace, tranquility and confidence in the steps we are going to take in the coming days, weeks and months. Always in peace,” Maduro said at a press conference in Caracas.

The 545-member Constitutional Assembly was elected Sunday and will have authority to rewrite the Constitution.

"We are in the face of a grave and unprecedented action that could constitute a crime," Ortega said in a statement published by her office.

Smartmatic, the British technology firm contracted to handle the ballot, said Wednesday the figure of 8.1 million votes was inflated by at least 1 million.

“An audit would make it possible to know the exact amount of participation,” the company’s CEO said.

Maduro and the election council denied the accusation.

The new Constituent Assembly will give to Maduro’s Socialist Party new powers, including authority to dissolve state institutions.

On Sunday, Maduro said one of the priorities of the Constituent Assembly would be the "restructuring" of the office of the attorney general.

Maduro went forward with the vote despite four months of protests by the opposition that have left at least 116 dead and stiff opposition from the U.S., European Union and several Latin America countries.