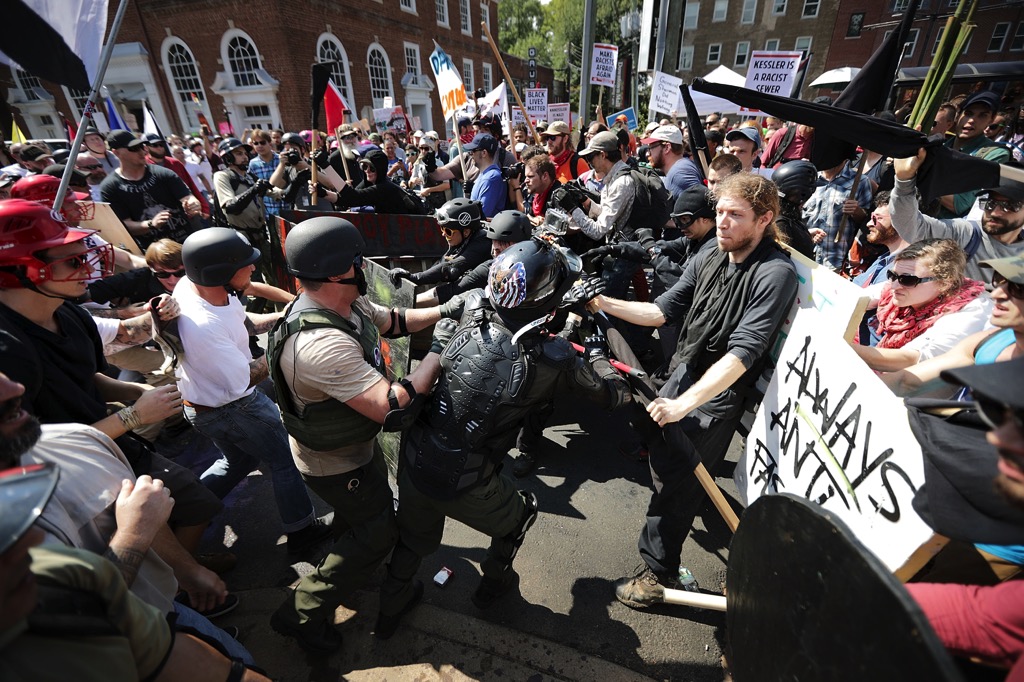 Angry protesters have stormed into a city council meeting in Charlottesville, Virginia, demanding answers from officials regarding the response from police during a rally held by white supremacists.

The council meeting was stormed on Monday when nearly 100 activists and residents crowded into the room, shouting “Shame” and “Shut it down” toward council members and the mayor, according to The New York Times.

According to reports, two people held a sign that read “Blood On Your Hands,” as Charlottesville Mayor Mike Signer and council members left the room. There were no reports of injuries and the meeting was resumed shortly.

Protesters questioned the response from police during the violent weekend and criticized city leaders for not paying attention to warnings about the rally.

"Why do these cities have more moral clarity than we do when we had a Nazi rally in our town?" one resident said.

Monday’s protest came after hundreds of torch-carrying white supremacists descended on Charlottesville last week to protest a planned removal of a Confederate statue of General Robert E. Lee, who was leading southern forces against the Union Army in the American Civil War.

In response to the nationalist rally, local demonstrators and anti-racist activists from all over the country were called to Charlottesville to oppose the event.

The encounter soon turned bloody as a 20-year-old suspected Nazi sympathizer smashed his car into the counter-protesters, killing one person and injuring some 20 others.

The violence sparked even a bigger crisis after US President Donald Trump refused to immediately condemn white nationalists, and instead, he blamed the violence on both sides of the conflict.