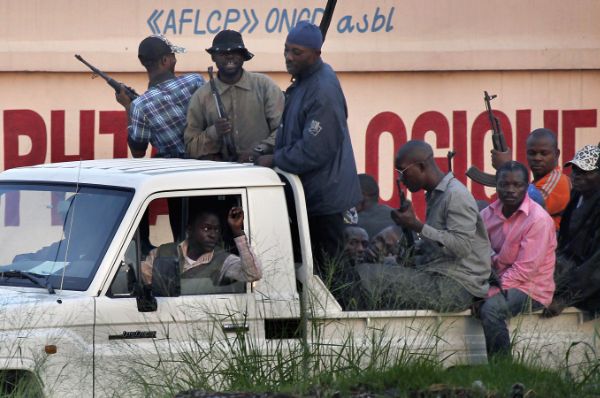 Five Pygmies were killed and four others kidnapped by suspected Allied Democratic Forces (ADF) rebels in the Democratic Republic of Congo late Saturday, a security official confirmed on Sunday.

Lt. Tony Mupendwa told Anadolu Agency that one other Pygmy was seriously wounded in the attack in the North Kivu province's village of Vemba about 12 kilometers from the city of Beni, adding that most people had fled the village.

"The rebels used machetes to kill the Pygmies. They also kidnapped four others. The police are tracking them to rescue those kidnapped," Mupendwa said.

He added that they got reports that ADF rebels had been reorganizing themselves in that area in the last few weeks. He said that last week five Pygmies were kidnapped by ADF rebels from the village of Malulu not far from Vemba.

Pastor Gilbert Kambale, a local leader, said in a statement to the media: "After more than six months of calm, people thought this was past, but we feel there is a reorganization of the ADF that shows that their capacity to harm is still intact."

The ADF, a Ugandan rebel group based in the country’s east, is made up of several groups opposed to Ugandan President Yoweri Museveni. They have been active in the east since 1995 and have been blamed for the killings of hundreds of civilians around Beni.

The ADF rebels have left their political demands behind as they are mostly involved in trafficking minerals in the country’s gold-rich east.

On Aug. 4, Museveni and his Congolese counterpart agreed to establish military cooperation and exchange information in the fight against the ADF.