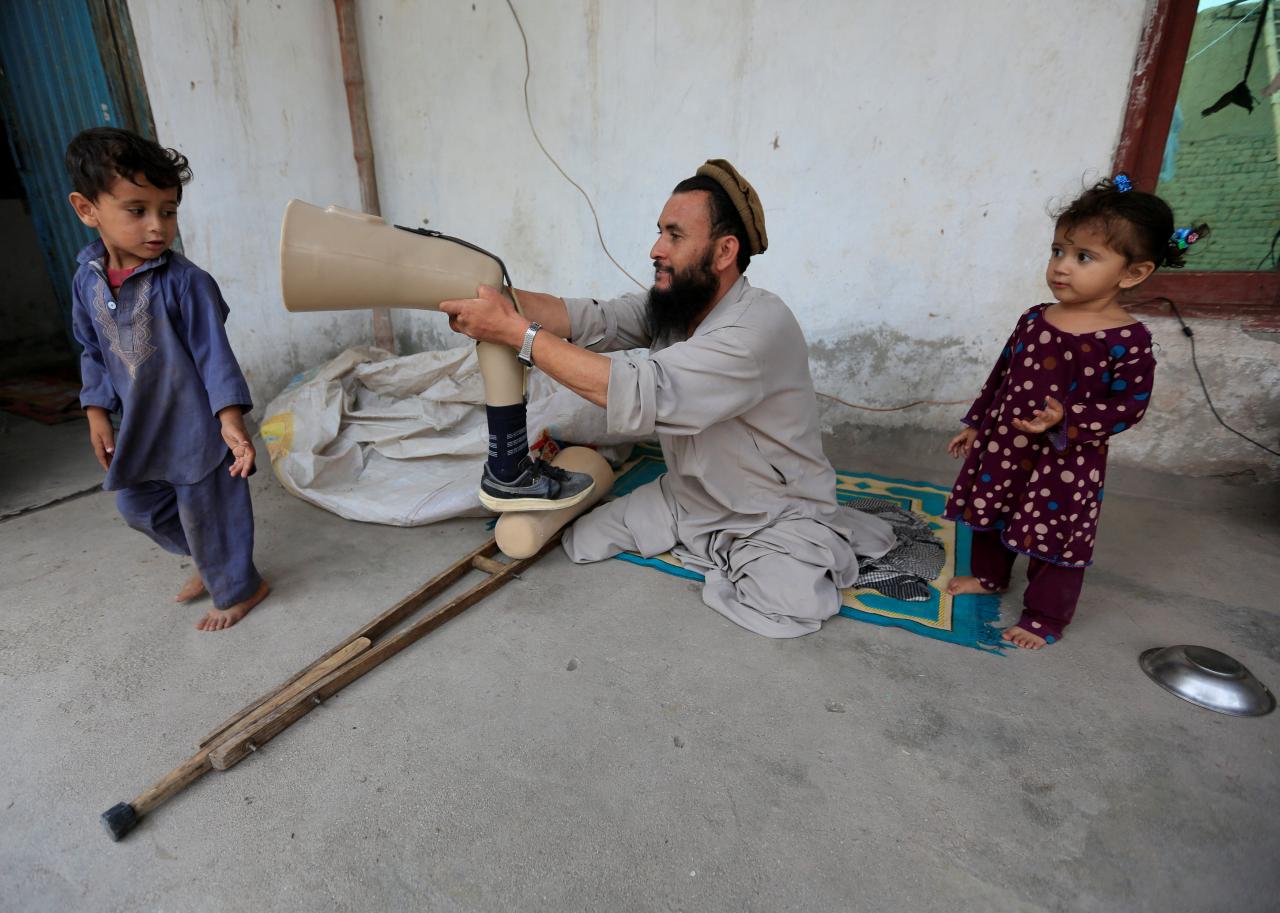 Axar.az reports citing Reuters that, Tens of thousands of Afghan troops have been disabled in the 16 years since a U.S.-led campaign ousted the Taliban in 2001. In city streets and marketplaces all over the country, they offer a stark reminder of the human cost of the war.

“It was the worst day of my life,” Safi, a former army lieutenant, said.

“We were surrounded by dozens of Taliban, there was a heavy fight going on and I was in a bad condition for two days until I was transferred to hospital.”

With his left leg and a hand also shattered, Safi’s leg was amputated in the field. After eight unsuccessful operations on his badly damaged left leg, he hopes a ninth will stabilize it.

“I served my country and I don’t regret being wounded but when I see my wounds have no value for my government, then I do regret it.”

Unable to walk, he sits in a small booth in a market in the eastern city of Jalalabad, supplementing his pension with about 5,000 to 8,000 afghani earned from the sales of mobile phone scratch cards each month.

“I’ve built a small business to feed my family but now municipal workers harass me in the market,” he said. “My family blames me for ruining their lives.”

The government says it does what it can as it battles an insurgency that kills and wounds thousands of soldiers each year and tries to rebuild an economy destroyed by decades of strife.

But officials say they know the sum is far too small for veterans supporting families of five or more.

“As much as we provide support to our disabled, it is nothing to what they have suffered,” said defense ministry spokesman Dawlat Waziri.

“The ministry is working day and night to find a way to increase the amount our soldiers are paid. But Afghanistan does not have the money to solve this issue on its own.”

As U.S. forces prepare for an intensified engagement in Afghanistan, an end to the fighting appears a distant prospect and casualty numbers will certainly grow. That risks adding to the war-weariness of Afghan troops and their families and the difficulty in finding new recruits to fill the gaps.

“My family tried to make me leave the army the first time I was wounded, but I refused,” said Hayatullah Sahar, who suffered two more injuries before leaving to work as a taxi driver.

“When I was wounded the second and third times, my mother cried and begged me to leave. She even tore up my army identification and hospital papers.”Afghanistan has run several advertising campaigns to whip up pride in its security forces and has trumpeted an Afghan team’s participation in the Invictus Games for disabled soldiers.

But the bitter reality is hard to counter, leaving many feeling painfully conflicted.

“When I think back to when I joined the army, I regret it and blame myself,” said former soldier Riazullah, who lost both legs to a roadside bomb in the southeastern province of Ghazni.

“My family also blames me for what happened, but I tell my children to study, and one day, they will understand the value of what I did for this country.”