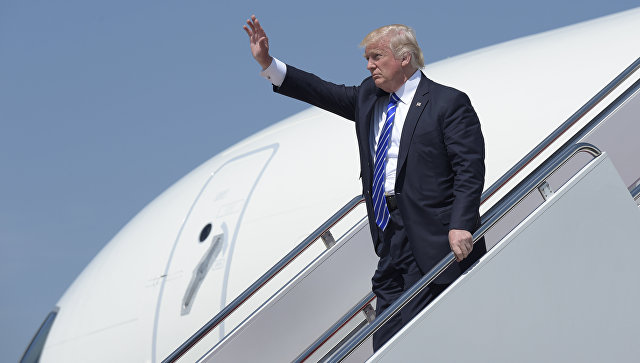 On Friday, President Donald J. Trump departed for the Indo-Pacific, on his longest foreign trip to date and the longest trip to Asia by an American president in more than a quarter century. President Trump will demonstrate the Administration’s commitment to the Indo-Pacific region and strengthen U.S. alliances and partnerships. The President will address a wide array of strategic issues with foreign leaders, including the North Korean nuclear threat.

Axar.az reports citing whitehouse.gov that the President’s trip will focus on three goals: strengthening international resolve to denuclearize North Korea, promoting a free and open Indo-Pacific region, and advancing American prosperity through fair and reciprocal trade. President Trump will stress the United States’ commitment to the complete, verifiable, and permanent denuclearization of the Korean Peninsula and will call on all responsible nations to act now to ensure that the North Korean regime cannot threaten the world with nuclear devastation. The President looks forward to promoting free, fair, and reciprocal trade with partners across the Indo-Pacific region to ensure that governments do not unfairly subsidize their industries, discriminate against foreign business, or restrict foreign investment.