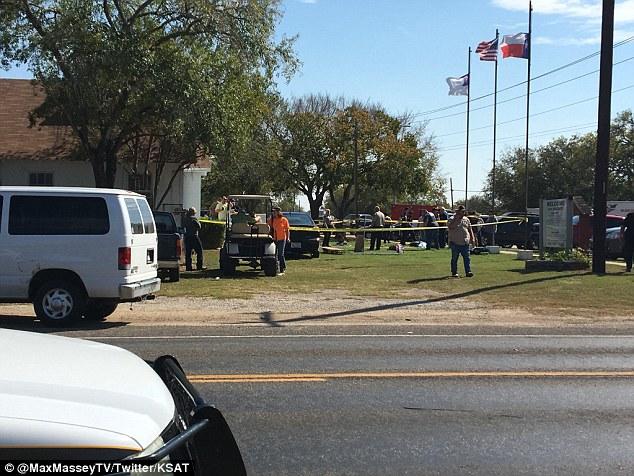 At least 27 people have been killed inside a Texas church - including a two-year-old child - after a gunman dressed in full combat gear opened fire during the morning service before cops shot him dead.

Axar.az reports citing Daily Mail that the shooting happened at the First Baptist Church of Sutherland Springs, where around 50 people usually attend service, according to local reports.

Wilson County Commissioner Albert Gamez Jr told CNN that at least 27 people have been killed in the shooting, but the death toll is expected to climb.

More than 24 people were injured in the horrific shooting.

Witnesses said a man 'in full gear' walked inside the church and opened fire just before 11.30am.

Local news outlets report that several people have been shot at a Baptist Church in South Texas as police said the shooter was shot and killed at the scene.

Axar.az informs that television stations KSAT and KENS report that there are multiple victims and that there is a large police presence at the church in Sutherland Springs, which is 30 miles (48 kilometers) southeast of San Antonio.

KSAT reports that two Airlife helicopters are also at the scene.

A sheriff's department dispatcher says everyone is at the scene and unavailable to comment.

KSAT has video of several fire and police vehicles at the church and a photo of a helicopter that the station says was arriving to take victims to hospitals.