President says despite defeat IS may try to resurface 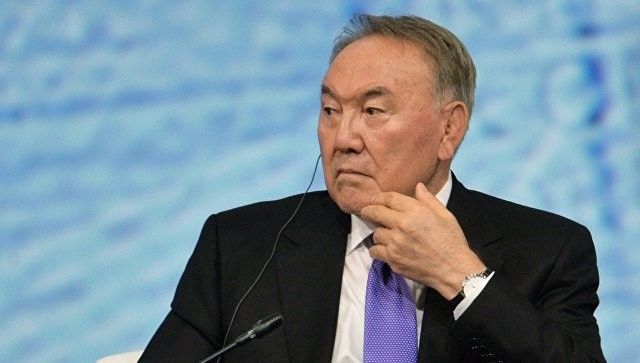 The re-emergence of terrorist cells following the heavy blow dealt to Islamic State (terrorist organization, outlawed in Russia) in the Middle East is a serious challenge for Eurasian states, Kazak President Nursultan Nazarbayev told a session of the Astana Club on Monday."International terrorism has acquired a catastrophic scope, it has no borders," Nazarbayev told the session themed "Big Eurasia - 2027 - confrontation or partnership". "Any part of the globe can become a target for a disastrous onslaught," the Kazakh leader stressed noting, "the number of terrorist attacks as well as the number of deaths has grown tenfold since the start of the third millennium."

He said that 104 countries became targets of terror attacks last year. "From the point of view of geography and scope, we are figuratively witnessing a third world war - a war against terror. Terrorist attacks are shifting from developing countries to developed ones," he explained.

Pseudo-Islamic movements are expanding the areas of their influence, aggressively penetrating into territories of many states, the Kazakh leader said. "Despite existing contradictions, the world and regional nations have managed to coordinate efforts in the fight against IS in the Middle East," he went on. "However, we must understand that the defeated gunmen will start resurrecting cells on other territories, and this is a major challenge for Eurasia," Nazarbayev warned.