Russia and US can ‘get along’, says US ambassador 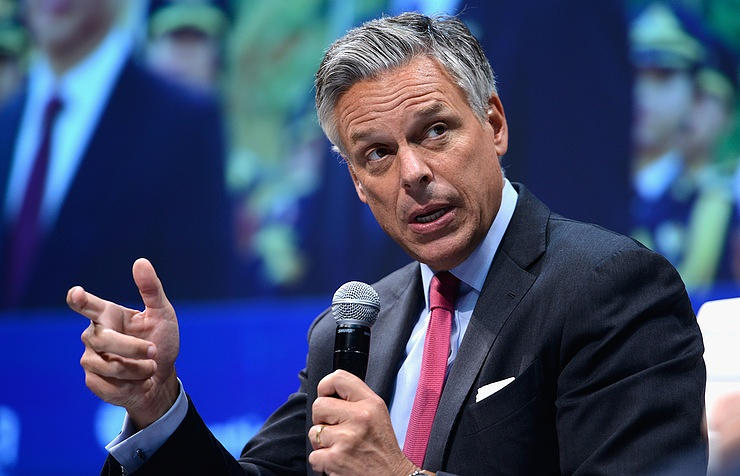 Moscow and Washington can find a level of friendship that will allow them to get along, US Ambassador to Russia Jon Huntsman has said in reply to questions by social networkers about what surprised or impressed him in Russia."So many things," the ambassador said. "Most important, the warmth of the greeting by the Russian people upon our arrival here to take on our new responsibilities was well beyond of what I anticipated," Jon Huntsman noted.

Axar.az reports citing TASS.
"I’ve seen a lot of smiles. In a lot of my earlier meetings with Russian officials and with my Russian counterparts we exchange ideas, we talk about our differences, but also our common interests," he went on.
"And we also smile, because at the end of the day we have to find a level of friendship that allows us to get along. And I’ve been very impressed with that ability on both sides of the table," the diplomat stressed.