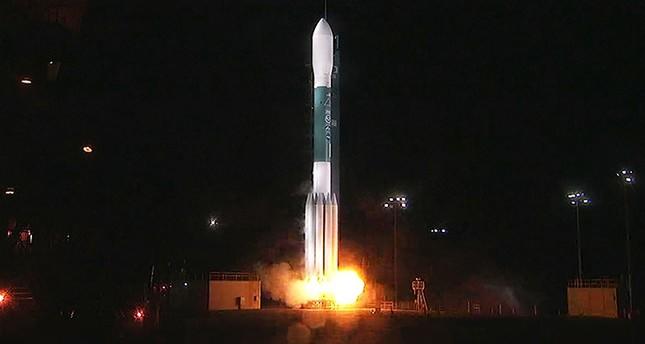 The launch took place at 1:47 a.m. (0947 GMT) from Vandenberg Air Force Base in California after multiple delays.

The satellite will improve the accuracy and timeliness of National Oceanic and Atmospheric Administration (NOAA) weather prediction models and three- to seven-day forecasts, officials with NOAA and the National Weather Service said at a pre-launch briefing.

The prediction models and advanced forecasts are key to issuing warnings ahead of major hurricanes like the ones that struck the United States this year.

NOAA teamed up with NASA in building and launching the Joint Polar Satellite System (JPSS), which will be named NOAA-20.

It will orbit the Earth 14 times each day from one pole to the other at 512 miles (824 kilometers) above the planet, "providing scientists full global coverage twice a day," NASA said.

The satellite "is the first in NOAA's series of four, next-generation operational environmental satellites representing major advancements in observations used for severe weather prediction and environmental monitoring," it said.

Four smaller satellites called CubeSats, part of NASA's educational nano-satellite program, are to be released on the same mission.

The CubeSats belong to four U.S. universities and will be set in orbit after the weather satellite has been deployed, NASA said.

Two previous launch attempts had been canceled, once due to high winds and another due to technical problems.