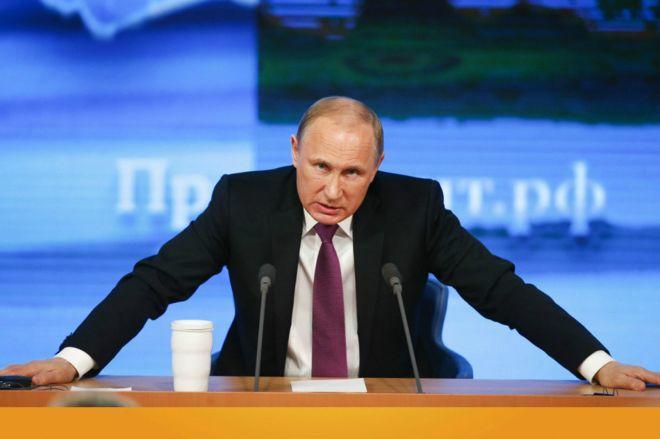 The Russian opposition, if it wants success, should present to the nation a clear constructive program, Russia’s President Vladimir Putin said at the annual news conference on Thursday, addressing Ksenia Sobchak, who earlier announced her plans to run for the presidency under the slogan "Against All."

Sobchak maintained that it is dangerous to be an opposition activist in Russia, alleging that the authorities are afraid of an honest competition, as well as saying that opposition blogger Alexey Navalny had been barred from running for president. Navalny said he intended to seek the presidency in 2018. However, the Law on Fundamental Guarantees for Electoral Rights says a citizen with past convictions for heinous or aggravated crimes or with a conviction for such crimes that is outstanding on the date of voting cannot run for elected offices.

"As for competition and as for where our active opposition is… I have answered in detail. The response was that the opposition should present a clear program, clear for the people constructive agenda," Putin said. "Your slogan is "against all". What is it - a positive program?" he asked addressing Sobchak

Putin also equated Navalny with Georgia’s ex-President Mikhail Saakashvili, saying the activity of such people could be destabilizing for the country.

"Do you want to see these Saakashvili's destabilizing the country, do you want us to live from one ‘maidan’ to another, to see coup attempts?" Putin asked.

"I am sure that the overwhelming majority of Russian nationals don’t want it and won’t let this happen," he added.

He confirmed that "competition must certainly be in place, and we will certainly have it. The only problem is radicalism," he said.