N Korea calls on US to give up dreams abandon nuclear 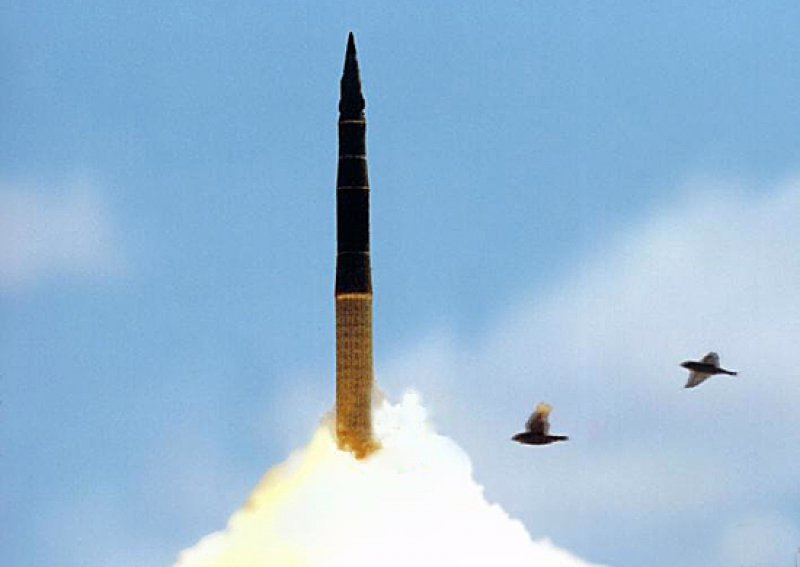 North Korea will continue enhancing its nuclear defensive potential and the United States should put up with the idea that Pyongyang won’t give up these weapons, its Foreign Ministry said on Sunday.

"We will further consolidate our self-defensive nuclear deterrence aimed at eradicating the US nuclear threats and establishing the balance of force with it," the ministry said in a statement carried by the official Korean Central News Agency (KCNA).

Pyongyang is developing its nuclear weapons to protect its sovereignty and people’s lives against "the blackmail of American imperialists," it said. "The US should not forget that the Democratic People's Republic of Korea has rapidly emerged as a strategic state capable of posing a substantial nuclear threat to the US mainland."

"If the US wants to live in safety, it needs to stop its hostile policy against the DPRK. It should also give up dreams that we will abandon our nuclear weapons," the ministry said.

Tensions on the Korean Peninsula again flared up in late November when Pyongyang carried out a new missile launch after a 2.5-month pause. According to the KCNA, a Hwasong-15 new-type missile covered a distance of 950 kilometers in a span of 53 minutes rising to an altitude of 4,475 kilometers. Pyongyang claimed that this missile was capable of carrying a nuclear warhead and the entire US territory was within its range.