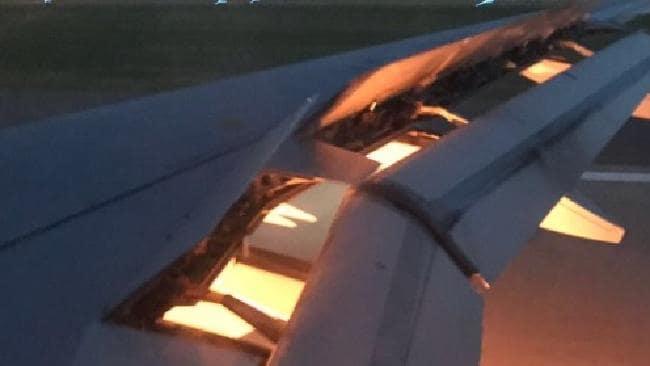 The plane carrying Saudi Arabia’s World Cup team suffered a fire in one of its engines as the players flew to Rostov-on-Don for their next match, the Saudi football federation said Monday.

An aircraft that posters identified as the Saudi team’s plane with its wing on fire while it was in the air.

The footage was shared by civil aviation monitoring website Airlive.net, which said the fire broke out on the approach to Rostov airport.

Saudi local paper Al Yaum showed flames issuing from under the plane’s starboard wing against the dark backdrop of the sky, with the wing glowing bright orange.

The team were flying on Rossiya Airbus A319 from St Petersburg to Rostov-on-Don for their second match, against Uruguay on Wednesday, after they were thrashed 5-0 by Russia in the opening game of the tournament.

The aircraft landed safely after what one of the Saudi players called a “simple malfunction.”

Russia’s Rossiya airline, which operates the plane, said that the cause of a malfunction with the airplane was likely a bird in the engine.

“As flight FV1007 from St Petersburg to Rostov-on-Don began to land, the (Airbus) A319 plane suffered a technical fault with one of its engines, with a bird getting caught seen as the preliminary cause,” a Rossiya airlines spokesman said.