"Azerbaijan is an important partner of the EU" 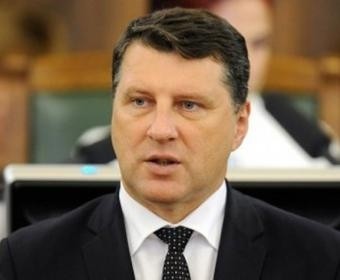 Azerbaijan is an important partner of the EU in the energy and transit sectors, Raimonds Vējonis, President of Latvia, said in his interview to The Business Year magazine.

According to him, active political dialogue at the highest official level and comprehensive legislation in the field of economic cooperation has created preconditions for successful economic growth:

“Trade statistics in 2014 show a positive trend — the turnover for trade in goods between our countries has increased by 8.8% reaching €26.57 million, while the turnover for trade in services has reached €6.33 million. Latvia's major commodity groups for exports to Azerbaijan included livestock and animal production (mainly dairy produce like cream and yogurt, for example), food products (alcoholic beverages and preserved fish), machinery and electrical equipment (centrifuges, monitors and projectors, and telephones), and the chemical industry and its related products (pharmaceuticals) in 2015. Latvia's major services for exports to Azerbaijan are related to computing and information services, financial services, tours, and transport services (rail transport services). The major commodity groups for imports from Azerbaijan included food products (alcoholic beverages above all), and machinery and electrical equipment (mainly telephones), whereas the major services imported from Azerbaijan were transport services (rail transport services above all), other business, and financial services”.