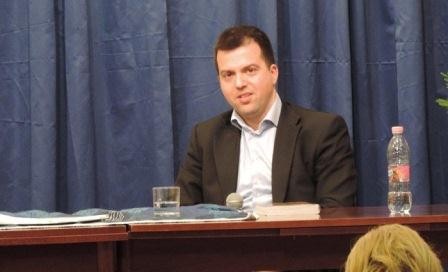 The UN Global Forum, which is to be held in Baku April 25-27, is about the hottest topic of Europe, said Kozma.

"I believe that the discussions and agreements of the 7th UNAOC Global Forum need to take place on the heart by honestly confronting intolerance, radicalism, and recognizing the other cultures and other peoples with respect and love," he added.

It is planned to hold a meeting with participation of high-ranking officials and about 30 sessions during the Forum.

The Baku Declaration is expected to be adopted during the high-level meeting of the UNAOC Global Forum.

Azerbaijan`s President Ilham Aliyev signed a decree on July 24, 2015 to create an organizing committee for holding the 7th UNAOC Global Forum in Baku.