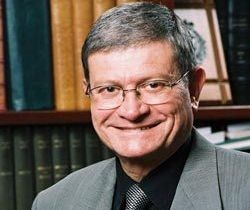 The 7th Global Forum of the UN Alliance of Civilizations in Baku is a very important forum, because many cultures, many civilizations, many countries are meeting together, Jean-Luc Reitzer, member of French National Assembly, told April 26.

It demonstrates once again that tolerance is the symbol of Azerbaijan, he said on the sidelines of the 7th UNAOC Global Forum.

Reitzer said he is always very happy to be in Azerbaijan, adding that people who have never been here, don't know the real situation, that Azerbaijan is a place of stability.

Armenia has to respect the decisions of the UN, said Reitzer, adding that the OSCE Minsk Group has to work further to bring peace.

The 7th Global Forum of the UN Alliance of Civilizations is being held in Baku Apr.26.

Azerbaijan's President Ilham Aliyev and his spouse Mehriban Aliyeva are attending the opening of the forum.

Turkey's President Recep Tayyip Erdogan, Malta's President Marie-Louise Coleiro Preca, UN High Representative for the Alliance of Civilizations Nassir Abdulaziz Al-Nasser, Chairman of the Council of the Republic of Belarusian National Assembly Mikhail Myasnikovich, Chairman of the Senate of Kazakhstan Kassym-Jomart Tokayev and other high-ranking officials are also participating in the event.