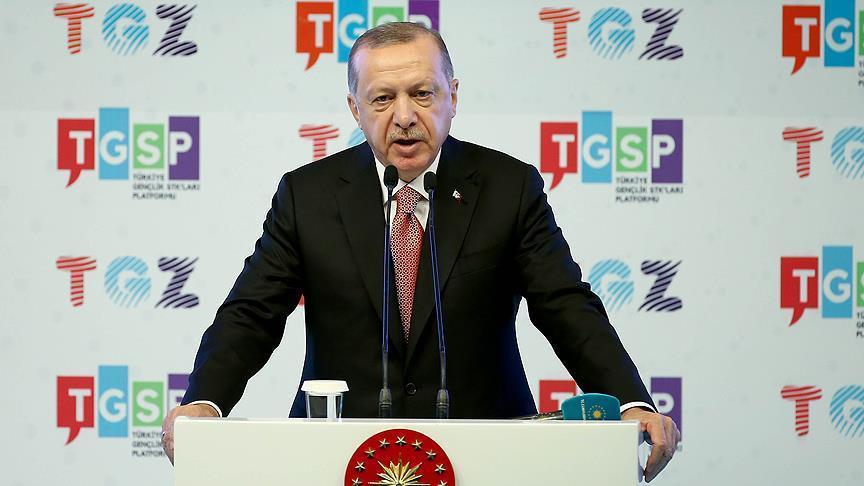 In a letter to U.S.’ Donald Trump, Erdogan described 2018 as a year, which Turkey and U.S. overcame the difficulties between the two countries and they mutually exerted efforts to carry the bilateral relations to the desired level.

Calling Trump a “dear friend,” Erdogan said, “I believe that we will increase our bilateral relations based on mutual respect and sincere dialogue to the levels required by our strategic partnership and that the future of our cooperation will be brighter.”

He also expressed his belief that the cooperation between Turkey and U.S. will continue to contribute to the global peace and stability.

In a separate letter to his Russian counterpart Vladimir Putin, Erdogan underlined the significance of the bilateral relations, voicing his expectation that the relations between Turkey and Russia will continue improving in the next year as well.

The Turkish president, in his new year letter to Macron, said he believes that Turkey-France relations would further improve through mutual efforts in 2019.

Expressing his gratitude over strengthening relations with China, Erdogan expressed his belief that the cooperation between the two countries would be “brighter” in the next year.

“In order to guarantee the continuation of our cooperation […], I would be very pleased to host you in our country in 2019," Erdogan said, referring to Xi.

2018 has been a year, where cooperation and mutual efforts between Turkey and the U.K. have further improved, Erdogan wrote to May in a letter.

“I believe we will increase our bilateral relations based on mutual respect and sincere dialogue to higher levels and the future of our cooperation will be brighter,” he said.

Erdogan added that the relations between the two countries will continue to contribute to the peace and stability in Europe and its beyond.

In a letter to Indian PM Modi, Erdogan said: “I keep the warm memories of my visit to your beautiful country with all its freshness.”

The president said he believes that the two counties would further improve the deep-rooted friendly ties.