Secret meeting of Bolton and top CIA agents about Iran 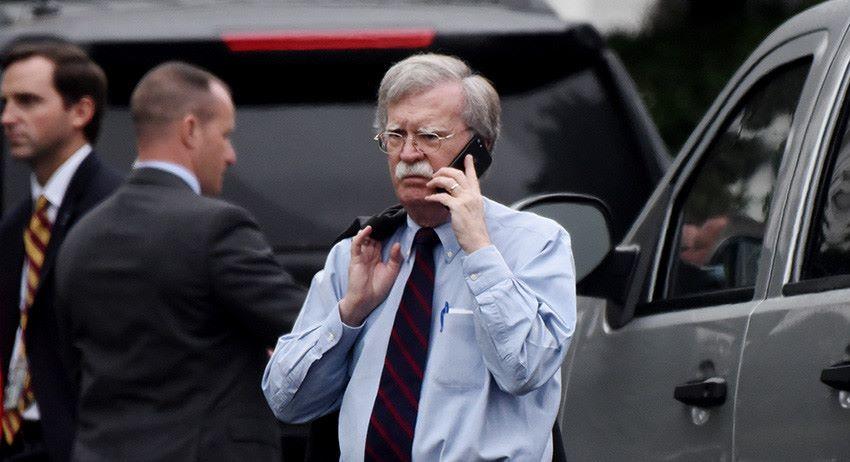 National security meetings are typically held in the White House Situation Room. The six current officials, as well as multiple former officials, said it is extremely rare for senior White House officials or Cabinet members to attend a meeting at CIA headquarters.

The officials said the discussion was not about the intelligence that led to the decision in the following days to send a carrier strike group and bomber task force to the Middle East, but did not describe what the meeting covered.

Five former CIA operations officers and military officials said that in the past, such meetings have been held at CIA headquarters to brief top officials on highly sensitive covert actions, either the results of existing operations or options for new ones.

The U.S. has a very specific intelligence gathering capability on Iran that is only able to be reviewed at CIA headquarters, two former officials said.

Another possible reason to hold a meeting of senior White House officials at Langley is if there is disagreement about what the intelligence shows on a particular subject, said John McLaughlin, a former acting CIA director. Then-Vice President Dick Cheney frequently traveled to CIA to grill analysts about intelligence, McLaughlin said. Critics later accused Cheney of seeking to cherry-pick intelligence suggesting that Iraq had weapons of mass destruction, a charge he denies. The CIA and other agencies wrongly assessed that Iraq had WMD.

A spokesperson for the National Security Council declined to comment on the April 29 meeting.

The meeting came amid rising tensions between the U.S. and Iran, as the Trump administration piles pressure on Tehran's economy through crippling sanctions. Days after it took place, Bolton, citing indications of an increased threat from Iran, announced the deployment of a U.S. aircraft carrier strike group and a bomber squadron to the Persian Gulf. He warned Tehran that "any attack on United States interests or on those of our allies will be met with unrelenting force."