UN working group to pay an official visit to Azerbaijan 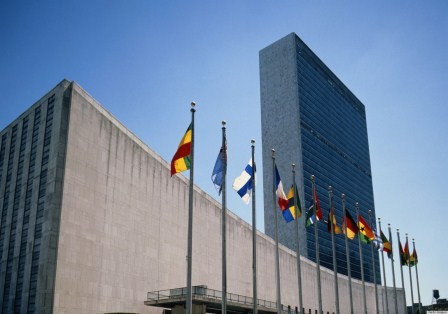 The United Nations Working Group on Arbitrary Detention will conduct its first official visit to Azerbaijan to assess the situation of deprivation of liberty in the country from 16 to 25 May.

It has been informed from the UN Baku office, during the ten-day mission, human rights experts Sètondji Roland Adjovi and José Guevara –Chair and Vice Chair of the Working Group respectively– will visit the cities of Baku, Ganja and Nakhchivan, where they will engage with the authorities, civil society and other stakeholders.

The expert group’s delegation will also visit detention facilities, including prisons, police stations, mental health institutions, to meet with persons deprived of their liberty, including children, their families or representatives, and to seek first-hand information on their cases.

The experts will be accompanied by staff from the Working Group’s Secretariat at the UN Office of the High Commissioner for Human Rights.

The Working Group will present its final report to the UN Human Rights Council in September 2017.

The expert group was established by the Commission on Human Rights in 1991 to investigate instances of alleged arbitrary deprivation of liberty. Its mandate was clarified and extended by the Commission in 1997 to cover the issue of administrative custody of asylum-seekers and immigrants. In September 2013, the Human Rights Council confirmed the scope of the Working Group's mandate and extended it for a further three-year period.