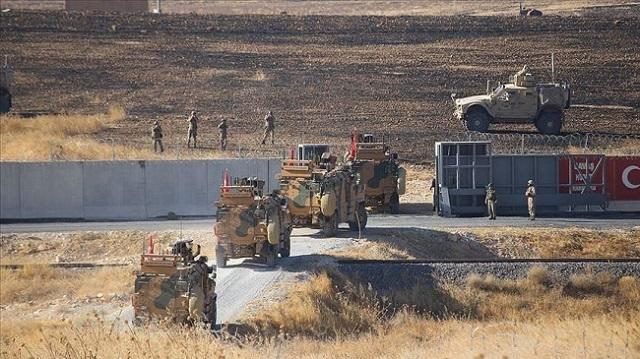 The Turkish Defense Ministry on Sunday announced the strategic M4 highway that connects the Syrian districts of Manbij and Qamishli and was under the occupation of terrorists has been taken to control within the scope of Operation Peace Spring.

"As a result of the successful operations carried out within the scope of the Operation Peace Spring, the control of the M4 highway that is 30-35 kilometers (19-22 miles) long is taken to control," the ministry said in a statement.

The highway, also known as the Aleppo-Al Hasakah road, is at about 30 kilometers (19 miles) from Turkey's border.

The YPG / PKK uses the road for logistics and commercial activities.

Turkey on Wednesday launched Operation Peace Spring east of the Euphrates River in northern Syria to secure its borders by eliminating terrorist elements and to ensure the safe return of Syrian refugees and Syria’s territorial integrity.

Ankara wants to eliminate terrorist elements of the PKK and its Syrian offshoot, the PYD/YPG, from the region.

In its more than 30-year terror campaign against Turkey, the PKK -- listed as a terrorist organization by Turkey, the U.S. and the European Union -- has been responsible for the deaths of 40,000 people, including women, children, and infants.