Boris Johnson says he will see Brexit 'over the line' 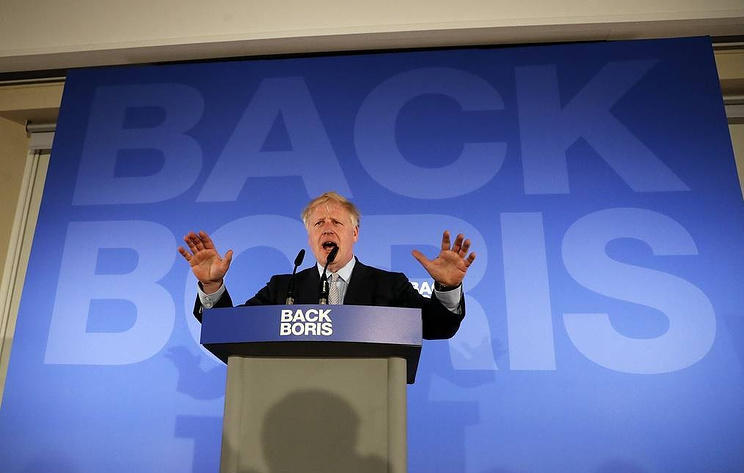 Boris Johnson says the Tories will get Brexit "over the line" if they win the general election and "unleash the country's potential".

In a statement outside No 10 marking the start of his campaign, Mr Johnson said if returned to power he would end the "paralysis" in Parliament and take the UK out of the EU in January.

A Labour victory would mean a "horror show" of further Brexit delay, he said.

But in a blow to the PM, Alun Cairns has resigned as Welsh secretary.

Mr Cairns quit the cabinet after claims he knew about a former aide's role in the "sabotage" of a rape trial.

The BBC's assistant political editor Norman Smith said while Mr Cairns was not a "big name" outside of Wales, his exit was a "major disruption" and Mr Johnson clearly "needed to get a grip" of a campaign that was "on the brink of disarray".