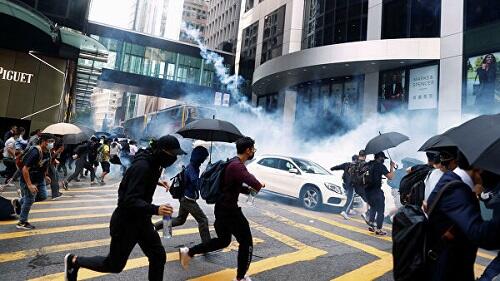 A prominent Hong Kong pro-democracy activist was arrested by police, his organization said on Monday, after a protest he helped organize in the financial district a day earlier turned violent with officers firing tear gas to disperse the crowds.

Ventus Lau was arrested on Sunday evening on charges of "obstruction of police administration" and violating terms set when permission was granted for the protest, the Hong Kong Civil Assembly Team said in a statement.

The organizers initially applied for a permit - known as a letter of no objection - for a march, but the police only agreed to a static rally in a park in the city's Central district.