Bus with students overturns in Turkey 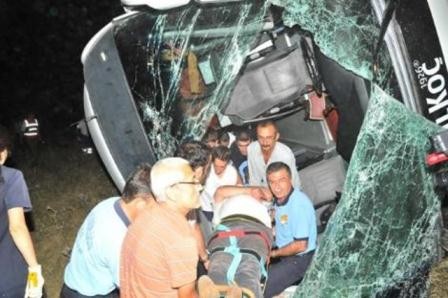 A bus carrying students has overturned in Turkey's Aydin province, as the driver lost the control of the vehicle, the Haber7 newspaper reported on May 27.

Reportedly, one was killed and 18 more were injured as a result of the accident.

The injured were rushed to the nearest hospitals. All of them are Turkish citizens.